Zoetermeer Newspaper 2003 – Kevin Groos was the big star during the recently held European iaido Championships (Japanese swordtechnique) and European jodo Championships (Japanese sticktechnique) in Paris France. In both Budosports the 19 years old Zoetermeerder, the European title. In the Mudan class iaido Kevin got the gold medal and also in the Nidan class jodo Kevin got the gold medal. And he was member of both Dutch teams iaido and jodo which teams both got a third place in both championships. For Kevin Groos two bronze medals extra to complete the great succes of Kevin in 2003 during those European Championships.

This succes for Kevin Groos didn’t come completely out of the blue. Hence, his results earlier in this season were too good. During the Open French Jodo Championships and during the Open German Jodo Championships he managed to get gold medals too. The consequence of having these medals saddled Kevin up with a high expectation pattern. The pressure was very high Kevin Groos told the newsreporter. Especially during the pool competitions in jodo he suffered from his nerves. There were six poules of three, and the numbers 1 and 2 went through to the next round. I knew I had to perform right away. One mistake would be fatal. That made me nervous!

iaido and jodo are originated in Japan. In comparison with jodo, in iaido there is no opponent, at least not a visible one! In iaido you make all kind of forms, what is called “kata”. In iaido in Paris there were 6 rounds. Two of four minutes and four of six minutes. During the rounds of four minutes you had to make three katas’s. During the rounds of six minutes, five kata, Groos is telling. Kevin Groos started training at an age of ten years old, at Kiryoku Dojo in Zoetermeer. His Sensei is René van Amersfoort. Since 1984 René runs his dojo in Zoetermeer. In this dojo is next to iaido and jodo also karate (Wado-Ryu style) and kendo being taught. In iaido and jodo it’s about self-control. Vigilance is essential like it was necessary in the old Samoerai times. iaido and jodo are practiced under the umbrella of the Nederlandse Kendo Renmei (NKR).

The next big event is in 2004, the European jodo and iaido Championships in Stockholm Sweden. Kevin Groos: “There is no World Championship, but there are enough challenges. For example getting a third dan in jodo and a first dan in iaido.

From a small boy training every week to an adult man, a real Budoka. Between Kevin Groos and René van Amersfoort there are many years of crossing swords and by this method becoming friends. Together we achieved a lot and took many barriers.

We’re still training and 1 September 2020 Kiryoku Dojo Zoetermeer The Netherlands will start again in the “new normal” but with the same élan vital. 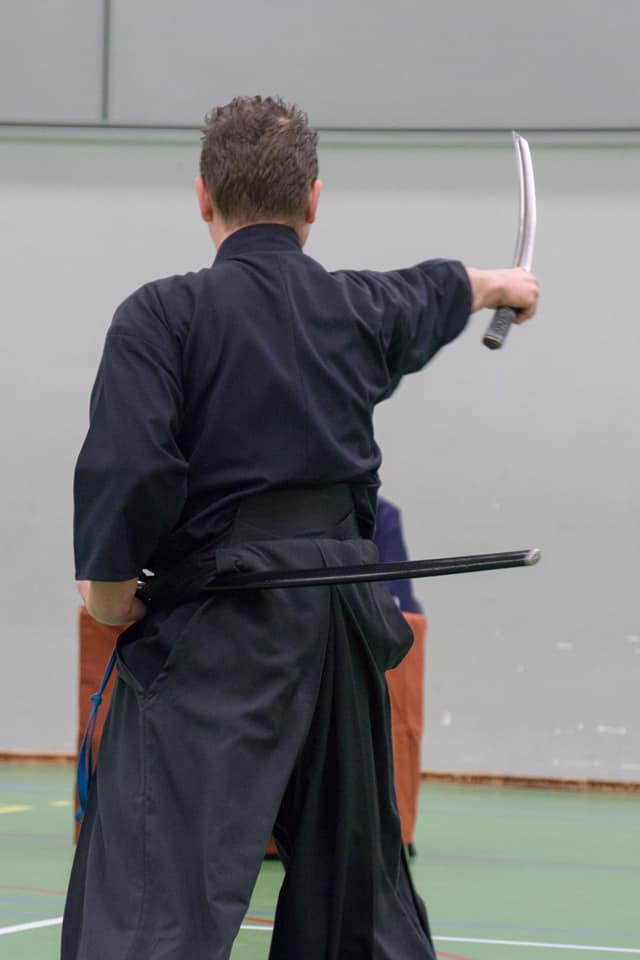 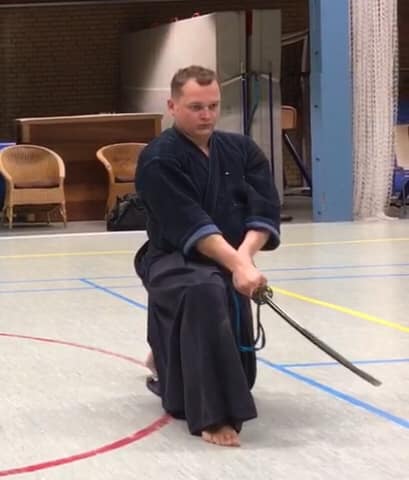 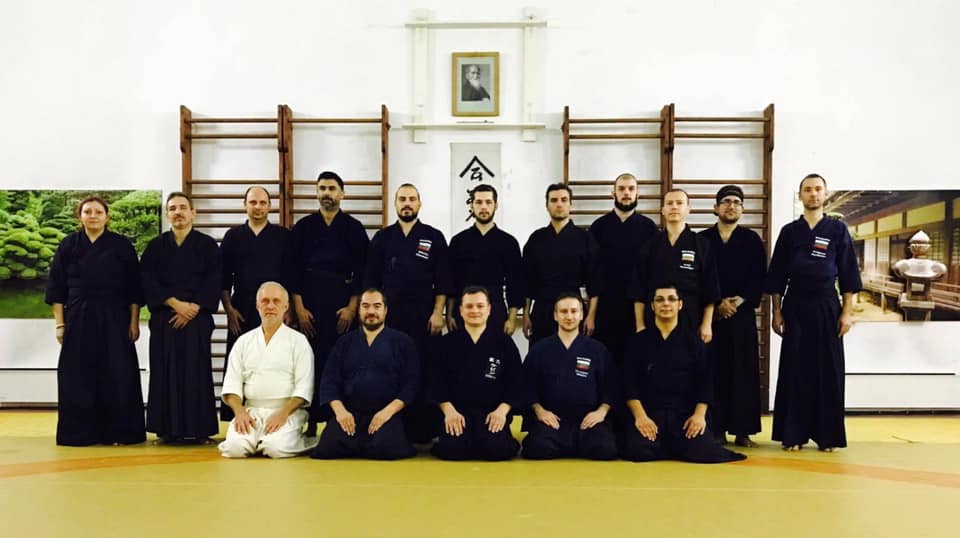 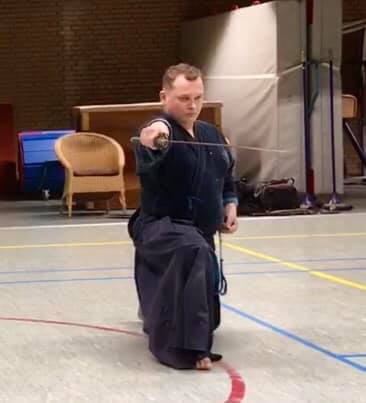 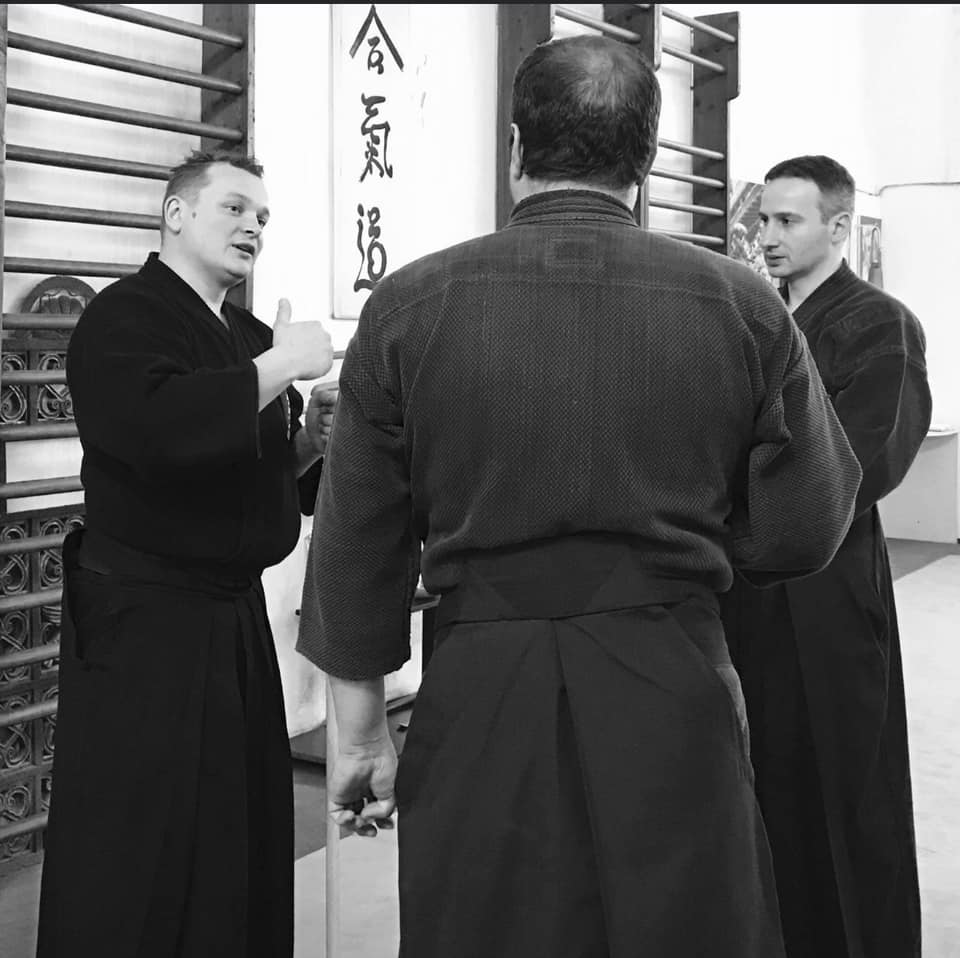 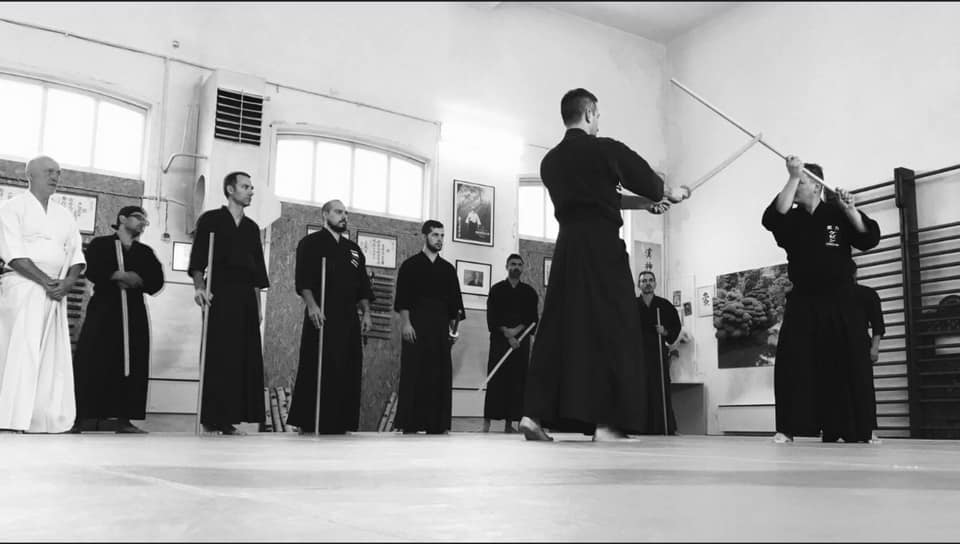 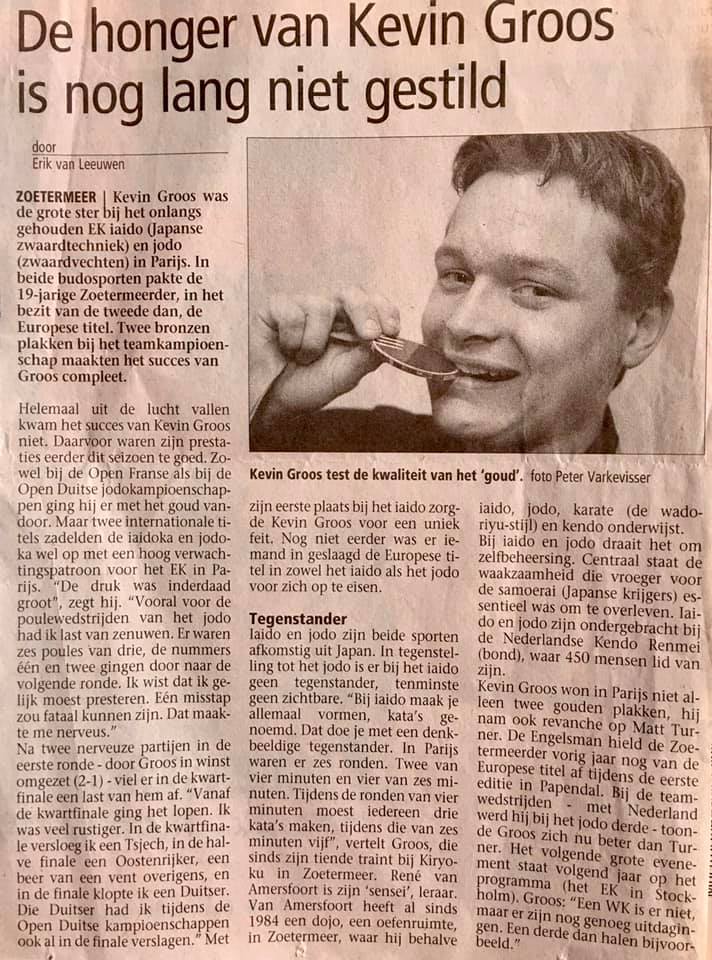 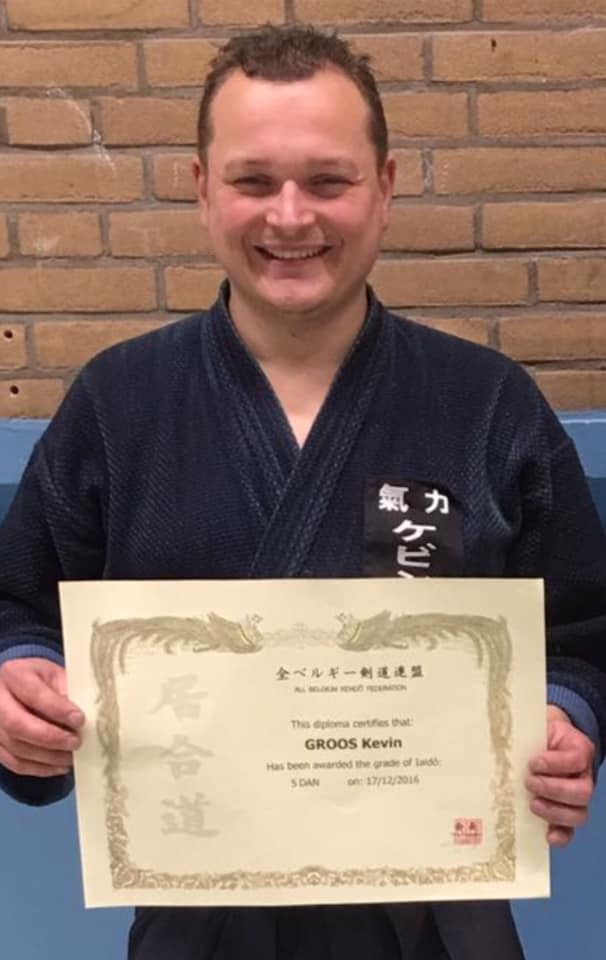 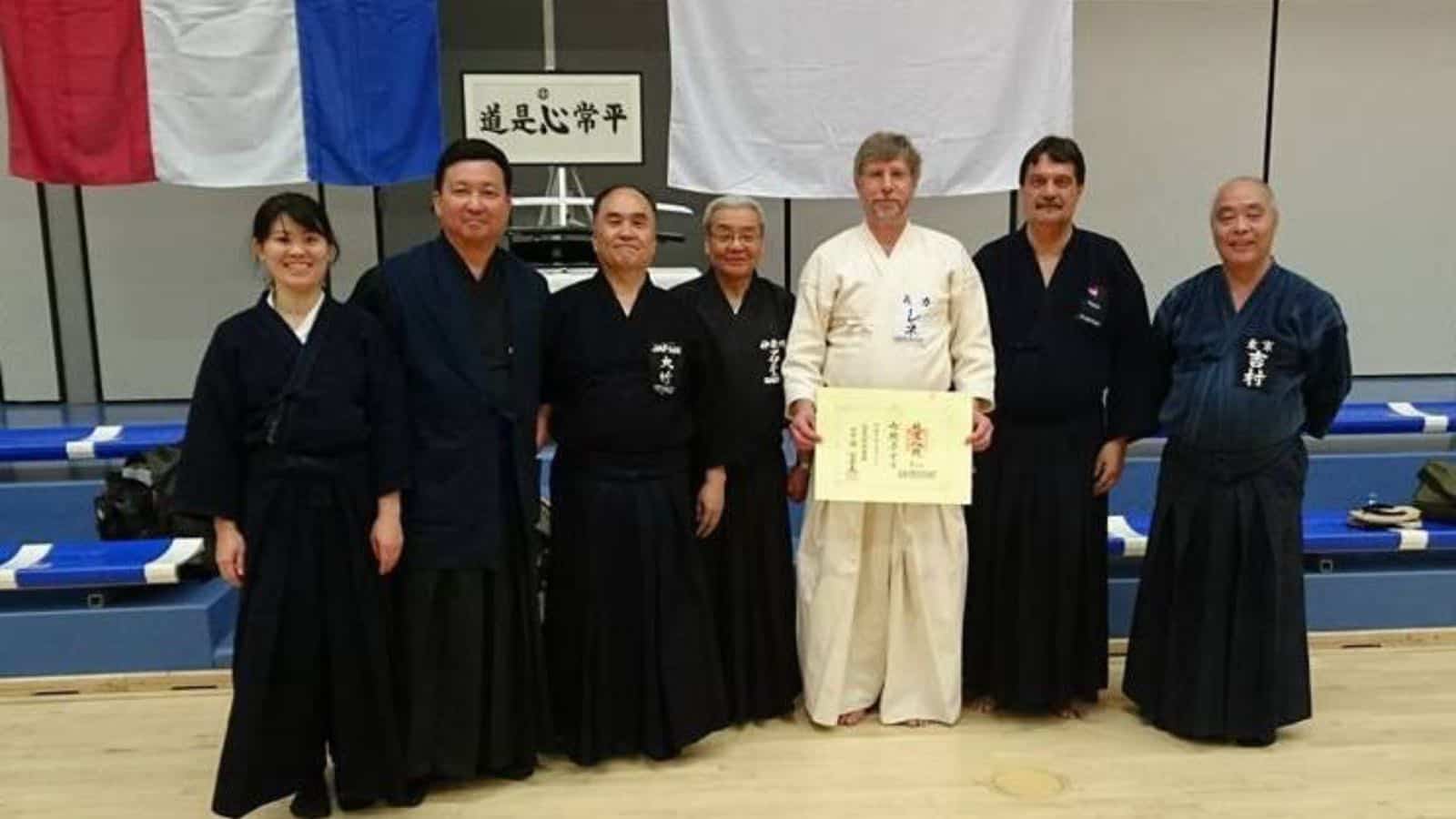 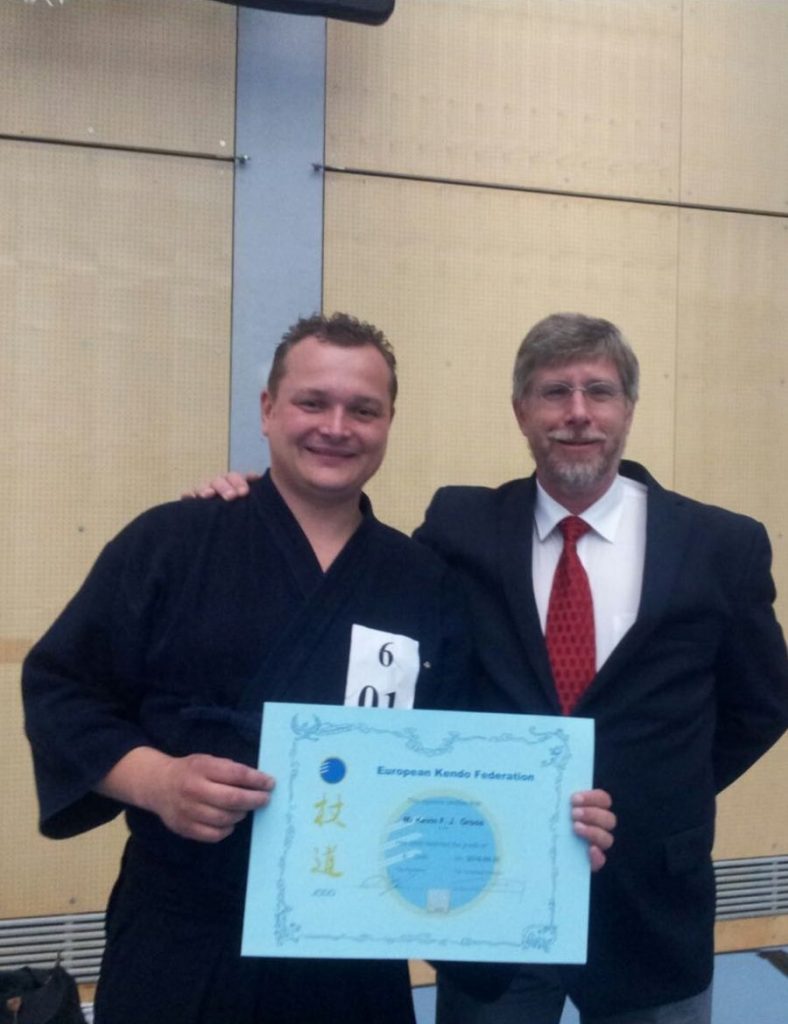 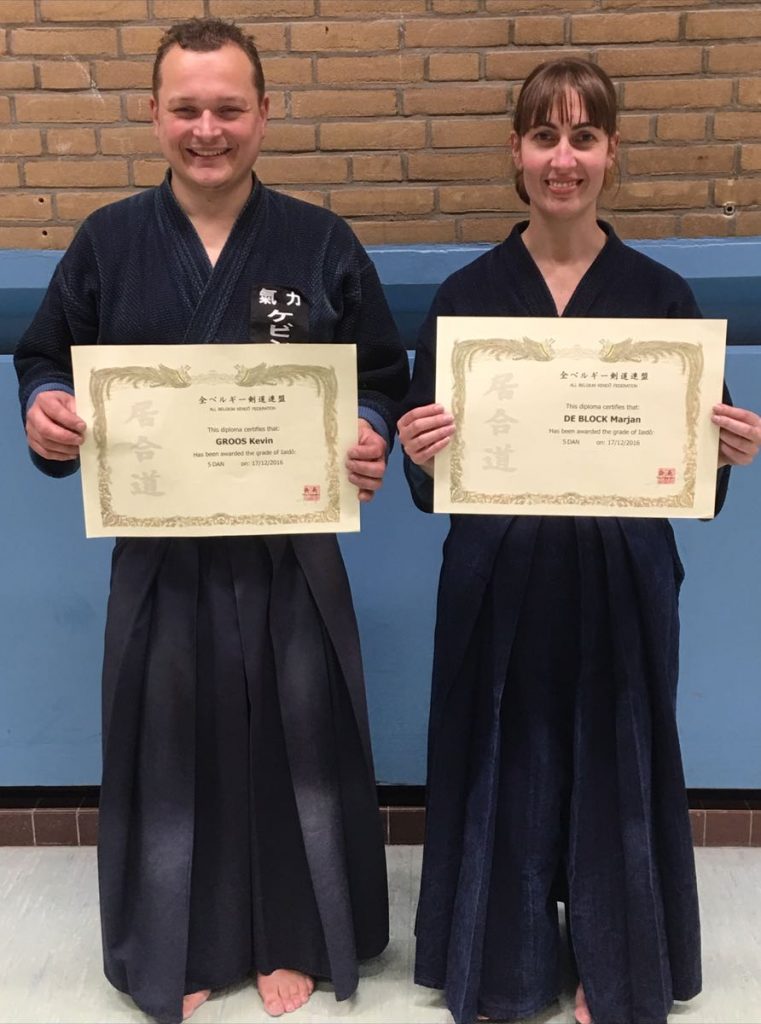